The 4th chapter of the Standard is Administration and Enforcement. The Standard applies to new buildings, building additions and alterations, replacement, and changes in space conditioning. Historic buildings are exempt. For additions and alterations, existing equipment can be repaired and reused without having to meet the current code requirements. When a space is being changed to a conditioned space, the envelope must be insulated, and any added lighting and equipment must meet the current standard. The enforcement section leaves many decisions in the hands of the authority having jurisdiction.

In 1992, the EPACT(Energy Policy Act) adopted ASHRAE 90.1 as the equivalent of the National Energy Code for commercial buildings. In reality, there is no “National Energy Code.” Building codes are adopted by states and local jurisdictions. The federal law requires the DOE to determine if a new addition of 90.1 would save energy. If the determination is made that the new standard would save energy, then federal buildings have one year to begin using the new standard and the states have two years to update their energy codes. The federal buildings must also, by law, exceed the standard by 30% where economically feasible. ASHRAE 90.1-2010 shows nearly a 30% improvement over the 2004 addition and to exceed the 2010 version by 30% will require an integrated design effort.

Federal buildings funded after September 9, 2013 must meet the requirements of 90.1-2010. The clock is running for the states to adopt the new standard. The map below shows the current State Energy Code adoption.

Some states are behind in adopting the energy code. The DOE is working to help these states adopt the current energy code. The 90.1-2013 code is now going through the adoption process. On May 15, 2014 the DOE made a preliminary determination and opened a period for comment until June 16, 2014. The DOE determined that the 2013 addition would save 8.5% and should be adopted as the new energy code. 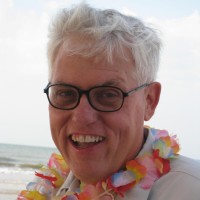